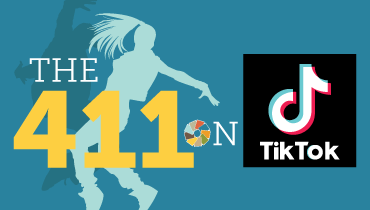 You’ve probably heard the song “TiK ToK” by Kesha which was released more than a DECADE ago ? (I know, time really does fly!). But have you heard of the other TikTok? It’s an app with the exact same name, and it’s starting to take over the social media world! ?

If you’ve ever seen a TikTok video, it might have looked a little familiar. ? Music.ly was a popular video streaming and sharing app with over 100 million users. The app allowed users a variety of music and dialogue options, where users could lip sync or make funny and entertaining videos. The app was taken over by Chinese company ByteDance and all of its users were moved to TikTok in August of 2018. TikTok, like Music.ly, allows its users to post videos ranging from 15-seconds to 1-minute in total recording.

Here are some mind-blowing stats to think about when it comes to this up-and-coming video app:

How to Use TikTok?

The numbers prove that this networking site isn’t just a mere takeover of Vine and Music.ly. It can truly stand out its own and its stats/numbers are only going to continue to go off of the charts. So, now that you know what it is, here are some tips on how you can use it to create a platform for yourself and/or your business.

Have fun exploring all things TikTok!